The PURCO SA team is exceptionally proud and congratulates Tshepo for this big achievement! We will keep cheering you on for your future races, especially for the 2022 Comrades Marathon.

In the early hours of Sunday morning, 17 April 2022, nerves had started to kick in as the time had come for our PURCO SA Contract Manager, Tshepo Mampuru to make his debut at the 2022 Totalsports Two Oceans Ultra marathon.

After hours, weeks and months of training and preparation, Tshepo felt nervous but excited to do his very first 56km ultra marathon.

Starting in the early hours of the morning at 05H26 and finishing just before midday at 11H06, with a race time of 05:40:58, Mampuru had not only made his personal best time, but he met his goal of finishing the marathon under six hours.

The Two Oceans Marathon is one of Africa’s biggest running events by economic impact, contributing R672 million annually to the Western Cape economy. (Source: https://www.twooceansmarathon.org.za/about-two-oceans/history/)  It has earned a reputation as one of the world’s most beautiful marathons. The first race held dates back to 1970 and saw roughly 26 runners line up to face their biggest challenge yet. Since then, the race has become a National institution and a firm favourite with thousands of local, upcountry, and international athletes. The annual event has become synonymous with the Easter Weekend in Cape Town, with the pre-race activities at the expo, family day, and fun runs on Easter Friday and the 21km half-marathon on Saturday. With the main event, the Ultra marathon on Sunday.

We sat down to ask the man of the moment a couple of questions, and to give insight on how the marathon was for him:

“The feeling is great! This was one of my goals for this year; I went through a lot of doubt and anxiety leading up to this race so I am just happy it is done now.”

“I have been training since January this year. I joined a group of runners who were also aiming to run the race so that made it easier to train and prepare accordingly.”

“The biggest high is how I went through the first 42km. It was a personal best of sub 4 hours and I felt good at that time. I was really on track to do something special. Unfortunately, I started cramping around the 48km mark, which forced me to slow down and manage my body from then to the end. I was a bit disappointed with that, but quickly forgot it when I reached the finish line. This was my first Two Oceans marathon, so I will be back next year for sure! Finally yet importantly, of course, the best thing was the scenery while running. Stunning!

“Comrades is on my mind now for sure! It has always been one of my goals. When the time comes, I will register when they open up for novices, begin with the training and take it from there.”

“To close it off, I want to thank everyone for all the support. My colleagues, family, friends, running partners, and my athletics club. None of this would have been possible without their support” said Mampuru. 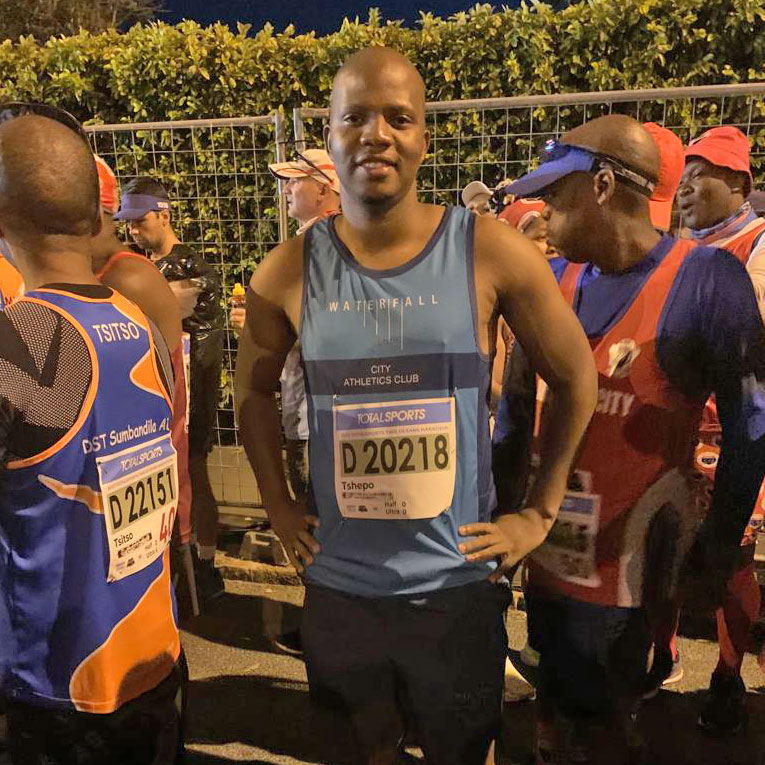 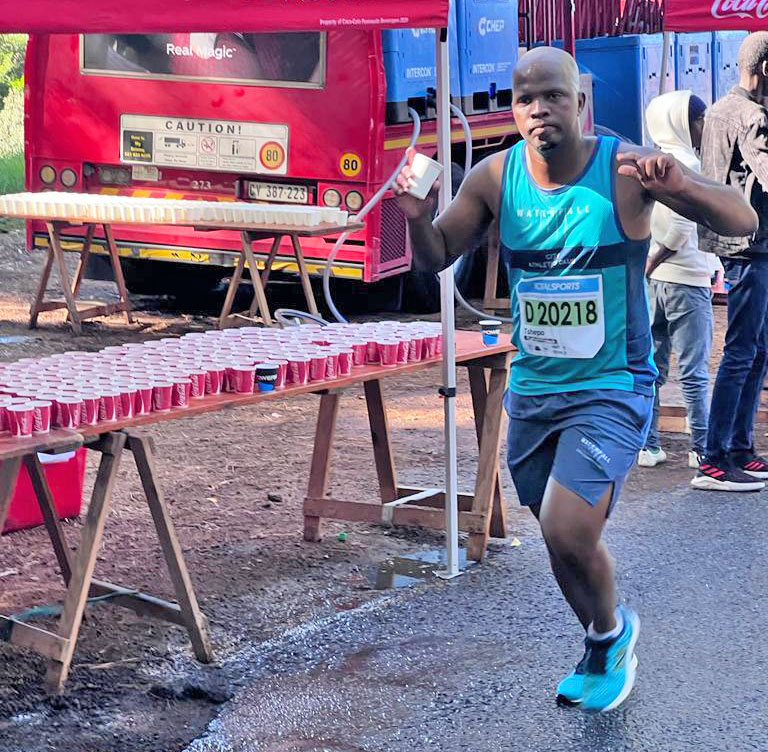 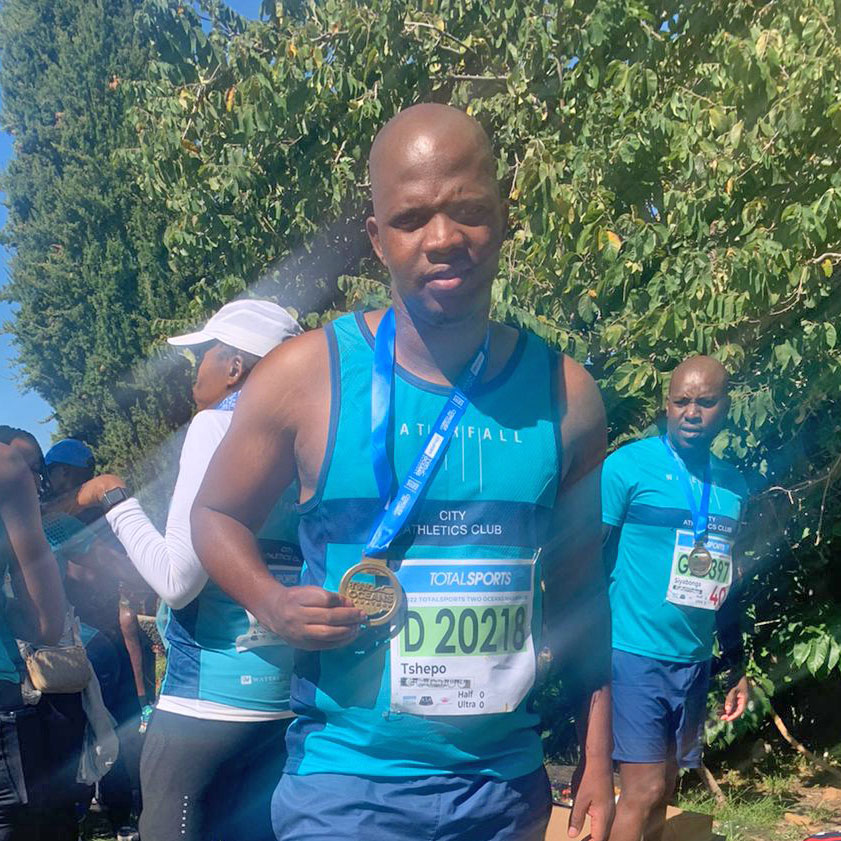